Plastic is one of the greatest threats to our oceans as it can take up to a thousand years to fully break down, which has a catastrophic effect on marine wildlife and ecosystems. To help combat this, we are eliminating all unnecessary single-use plastics across our entire business. From the teams in our head office, down to our trusted suppliers and partners, everyone here at Evan Evans is committed to this shared vision.

What began in 2018 with a ban of more than 60 types of single-use plastics in our offices quickly expanded into part of a much larger initiative. In 2019, we stopped selling plastic water bottles on our coaches and now encourage guests to fill reusable water bottles. By 2022, we aim to eliminate all unnecessary single-use plastics across our entire business.

We aim to ensure that our fleet is as efficient and eco-friendly as possible. As we don't own our own coaches, we aren't tied down to older vehicles that pollute the air and damage the environment. This means we can regularly update and refresh our fleet and guarantee they are compliant with the highest European emission standards. Coach travel has also been proven to reduce congestion and create less pollution per passenger than travelling by either car or plane.

Evan Evans is committed to using 100% recycled paper for the body stock of all of our brochures. Across The Travel Corporation Family of Brands, we save approximately 37,100 trees per year through using recycled paper, and contribute to a significant reduction of waste being deposited into landfills.

Our paper mill uses a chlorine free bleaching process that avoids potential dioxins from being released into adjoining waterways, and utilises a complex filtration process that returns the river water used in a cleaner state than when received. The body stock paper in our brochures meets a number of Environmental and Process Certifications, including PEFC, Blue Angel, ISO 9001 and 14001.

Evan Evans is proud to be a partner brand and supporter of the TreadRight Foundation. A not-for-profit organisation created as a joint initiative between The Travel Corporation's (TTC) family of brands to Make Travel Matter. Its mission is clear - to preserve the communities, cultures and environments of the world and ensure they thrive for generations to come.

To date, The TreadRight Foundation has supported some 50-plus sustainable tourism projects around the world. These projects encompass the three pillars of TreadRight - People, Planet and Wildlife, and support is provided through donations and grants to trusted partners.

Alongside our TTC family of brands and The TreadRight Foundation, we pledge our commitment to our planet, people and for wildlife. Evan Evans and The Travel Corporation team members around the world have signed up to the pledge to Make Travel Matter:

Join us and sign up to the pledge here.

FEATURED PROJECTS - SUPPORTING THE NATIONAL TRUST IN THE UK

The Mill has been owned by The National Trust since 1939, but key parts of the property were also held in private ownership, preventing the Trust from telling the full story.

The Quarry Bank Mill in Cheshire, England, was built in 1784 and is one of the best-preserved mills from the industrial revolution, an era which changed the face of Britain and the rest of the world. The Mill is now a museum of the cotton industry and is considered one of the more important early textile manufacturing communities in the U.K., and because of Britain's pioneering role in the industrial revolution, it is considered to be one of the most important mills in the world.

Between 2006 and 2012, due to support from Evan Evans in partnership with the TreadRight Foundation and many other supporters and donors, the Trust was able to acquire the parts of the property that were in private ownership, enabling it to have the complete industrial village under its ownership.

Evan Evans, in partnership with TreadRight, worked with the National Trust to enhance the visitor experience through protection and conservation, as well as supporting the building of a new sustainable visitors centre.

Located in County Antrim, Northern Ireland, the Giant’s Causeway is a series of unique basalt columns formed centuries ago as a result of volcanic activity. In 2000, the site’s Visitor Centre was lost in a devastating fire. In its place, the National Trust sought to develop a new, world-class Visitor Centre, improve trails and preserve this iconic site for everyone to enjoy.

The highly anticipated £18.5 million Visitor Centre took 18 months to complete, opening in July 2012. The Giant’s Causeway Visitor Centre now includes exhibition spaces, a cafe and shops. Walkways and trails around the site have also been upgraded, with the addition of a new accessible cliff-top walk for families and people with disabilities, allowing everyone to explore more of this mythical and breath-taking site.

The White Cliffs of Dover

The historical and iconic site in Kent, England, was put at risk of degradation due to possible commercial development. In June 2012, the National Trust announced an appeal to 'Save the White Cliffs'. It aimed to raise the £1.2million necessary to purchase the remaining 1.35-kilometre strip of land and thus ensure the protection of this iconic landmark for generations to enjoy.

More than 16,000 people and organisations donated, including Evan Evans in partnership with The TreadRight Foundation. In November 2012, the National Trust announced that it had raised the full £1.2million, reaching its target in just 133 days - nearly two months earlier than expected.

Through the purchase, the National Trust was able to unite two separated areas of coastline and work towards preserving the natural habitat. The additional land creates more space for animal species to retreat to as the cliffs erode over time. Part of the funds raised was also committed to the long-term maintenance of the site.

Discover More About Who We Are 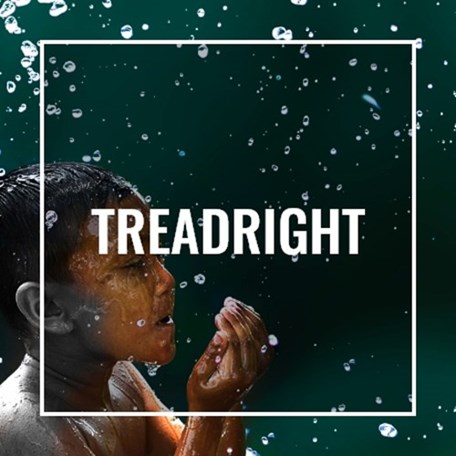 The TreadRight Foundation has supported more than 50 sustainable tourism projects around the world. Support is provided through donations and grants, and these projects all fall under the three TreadRight pillars of People, Wildlife, Planet. Find out more about these projects and TreadRight's mission to Make Travel Matter at TreadRight.org